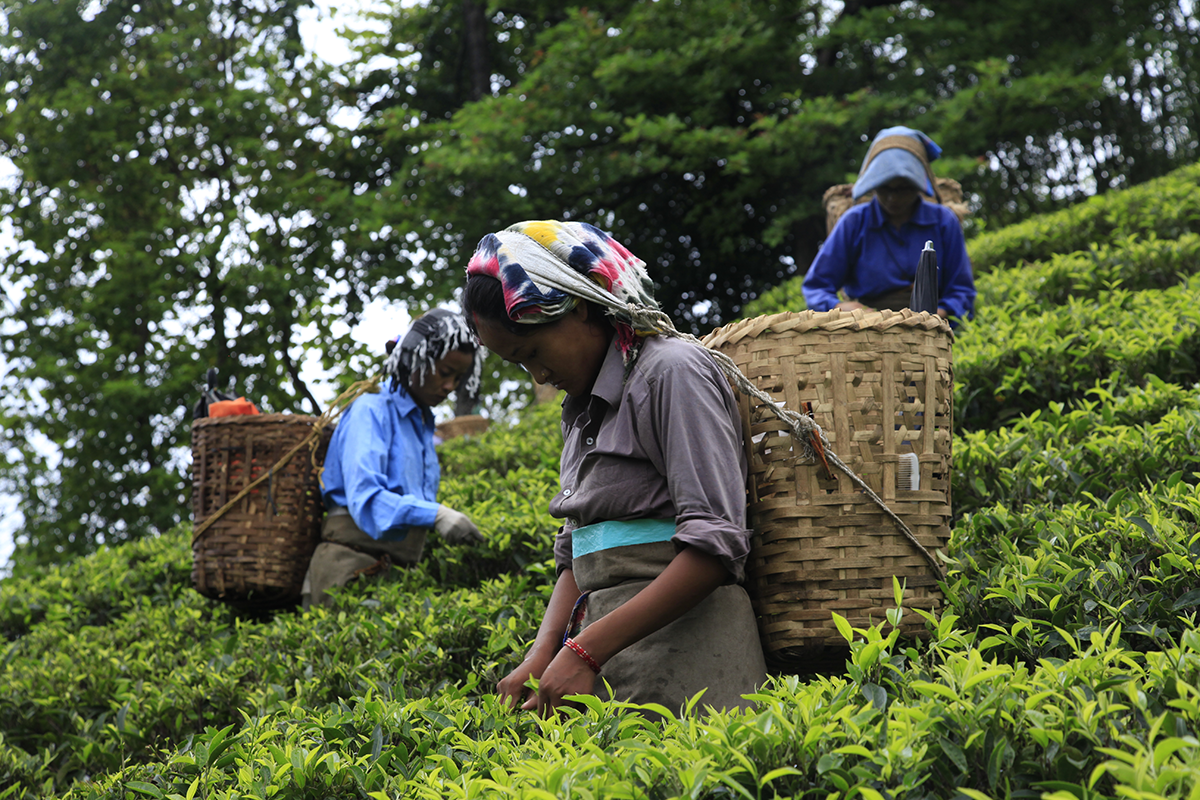 The first Darjeelings of the year are generally described as the “first flush” in English, but in French, they’re known as the “spring harvest”. The latter is misleading as the harvest doesn’t fully coincide with the season. There are two reasons for this. Firstly, the low-altitude plantations that use irrigation techniques benefit from more clement weather and sometimes start producing small batches from the end of February. Secondly, the leaves on the same shoots are harvested every eight to ten days, and after three successive growths, the shoot’s thwarted growth leads it to send out a side shoot (this is known as the banjhi), which is of a lower quality and marks the end of the first harvests. This means that the so-called “spring harvests” actually come to an end around mid-April.

Every year, the first-flush Darjeelings open the season, followed by the spring harvests in Nepal, then China and Japan. I have now started tasting the first samples of Nepalese teas….

When you harvest the terminal bud of the tea plant several times, the stem becomes stressed and stops producing a new bud. This phenomenon of dormancy, known as “banjhi” in…

Bi Luo Chun is one of the rarest and most prestigious China teas. Here, my friend Waterqian – one of the few farmers to produce the highest quality Bi Luo…

In a few weeks’ time, the spring tea harvest (first flush) will begin in Darjeeling. The weather is a decisive factor in determining the timing of the harvest, and Darjeeling…