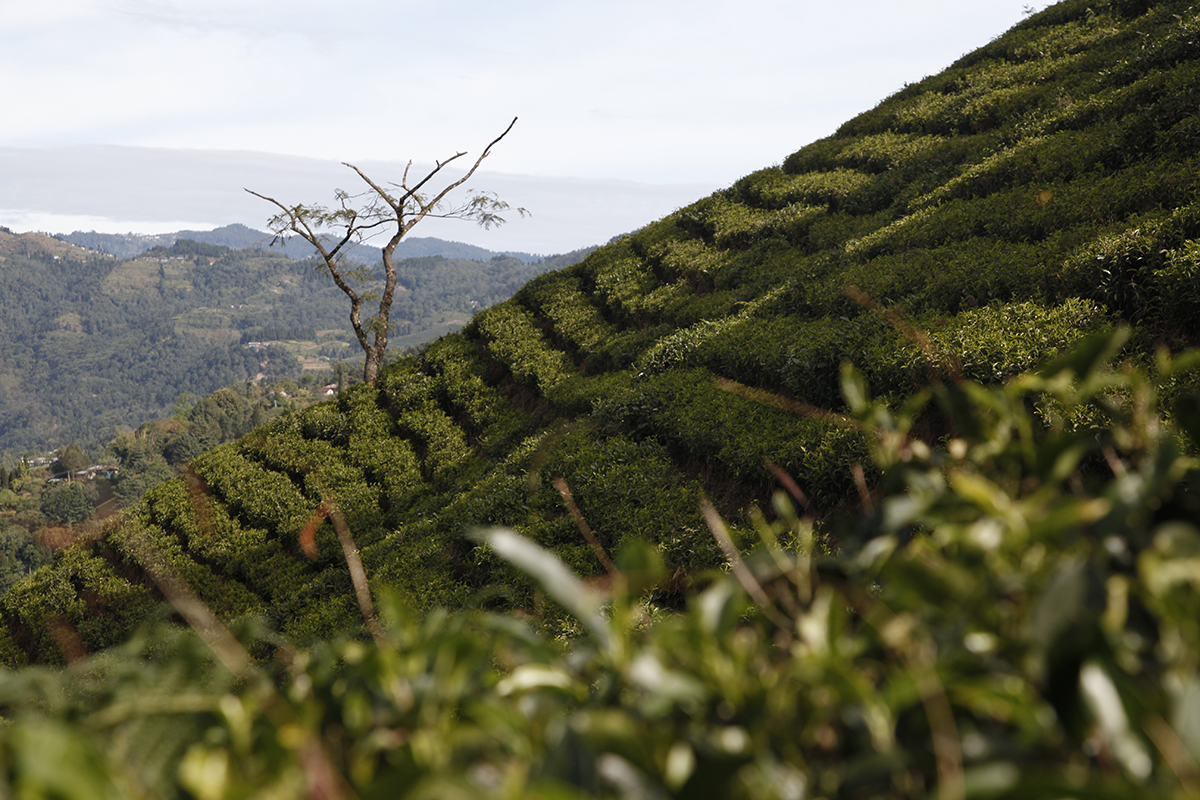 Indians use the name inherited from the British to describe tea leaves (see my previous blog post). However, in the past few years, they haven’t been content with the letters “FTGFOP” or even “SFTGFOP1”. So they’ve added more words, generally nice ones. Some have a specific meaning. Others sound pretty, and the producer uses them to indicate that this exceptional tea is worth an exceptional price, for the highest bidder.

The former include the words China, Clonal and AV2, which refer to the tea plant. They stand for a variety that comes from China (Camelia sinensis sinensis), a hybrid (the word clonal is therefore inappropriate in French), and the specific name of the variety (AV2 for Ambari Vegetative no. 2), respectively.

As for the latter, the imagination is the only limit when it comes to such terms as Exclusive, Delight, Exotic, Superb, Mystic and more. There’s also Wonder, Enigma and Euphoria. I bet that in the next year or two I’ll be offered Nirvana!

All tea plants are members of the Camellia Sinensis species, but there are a great many cultivars, each with their own unique characteristics and qualities. Some are more resistant to…

I’m often asked what the letters and words mean following the name of a tea. Let’s take the example of a first-flush Darjeeling, Singbulli DJ-12-SFTGFOP1-Clonal-Superb.          Singbulli…

This week, the Margaret’s Hope garden celebrates its 150th anniversary, and I am invited to the event. It’s an opportunity for me to remind you that tea was only introduced…