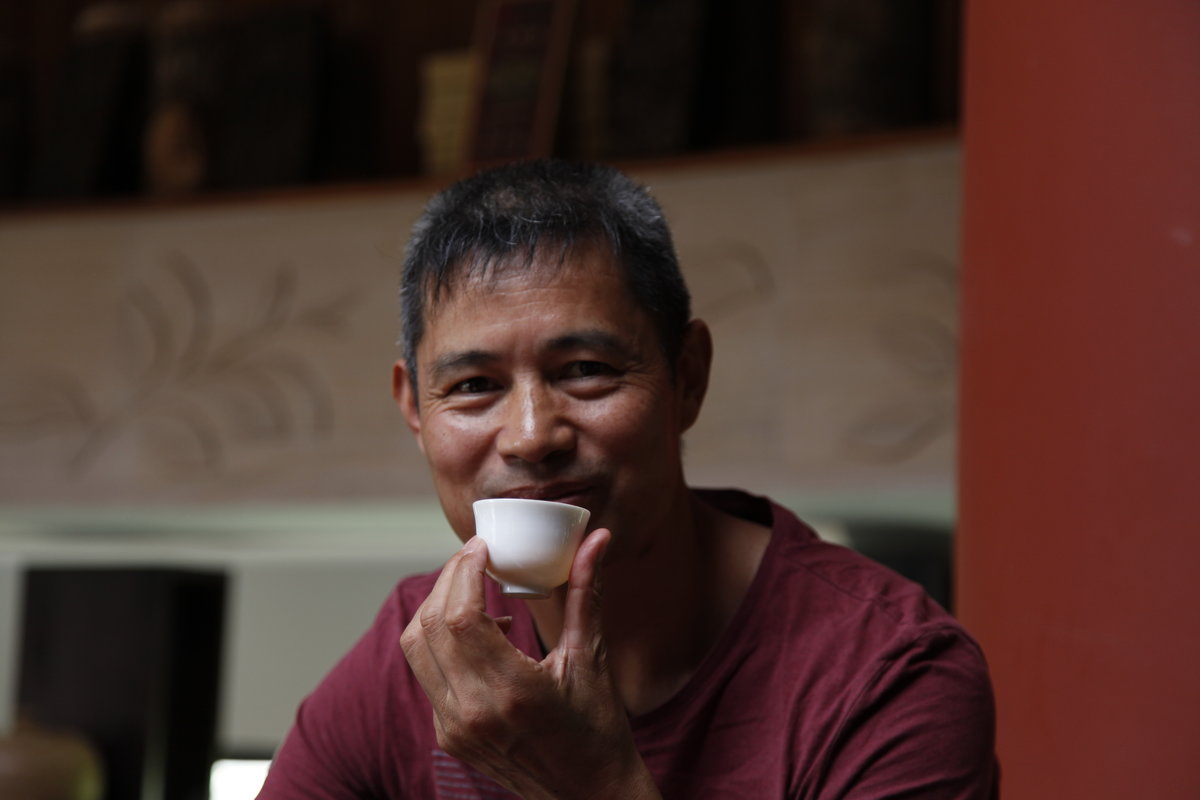 Wen Rong Tian has had two lives: the first as a physical education teacher; the second, which began 27 years ago, as a tea producer. From the first he has kept his love of a healthy life, and follows a daily programme of vigorous exercise and a strict diet. The second came from his father, who managed a tea factory for 20 years. However, son has surpassed father: today, Wen Rong Tian is one of the main, if not the leading, producer of black tea in Yunnan. He makes excellent teas and even claims to have created the famous Yunnan Golden Buds and Golden Needle teas produced in the province. I visited him near Baoshan, where he lives. His passion lies not so much with walking though tea fields as spending all his time tasting his teas and improving production processes. He lives, sleeps, eats and breathes just a few metres from his factory. What gives him the most pride is to make some of the most amazing teas in the world, just from simple leaves. And unlike many Chinese producers, he prefers black teas to green teas, for their generous aromas and smooth presence.

Yunnan’s black teas are well known (Yunnan Tips, Yunnan d’Or, Grand Yunnan Imperial), as are its dark teas (Pu Er). But did you know that this Chinese province also produces…

I’d like to introduce you to Mr Kumada. He lives with eight cats and grows tea on seven hectares in the extreme south of Japan, high above the city of…