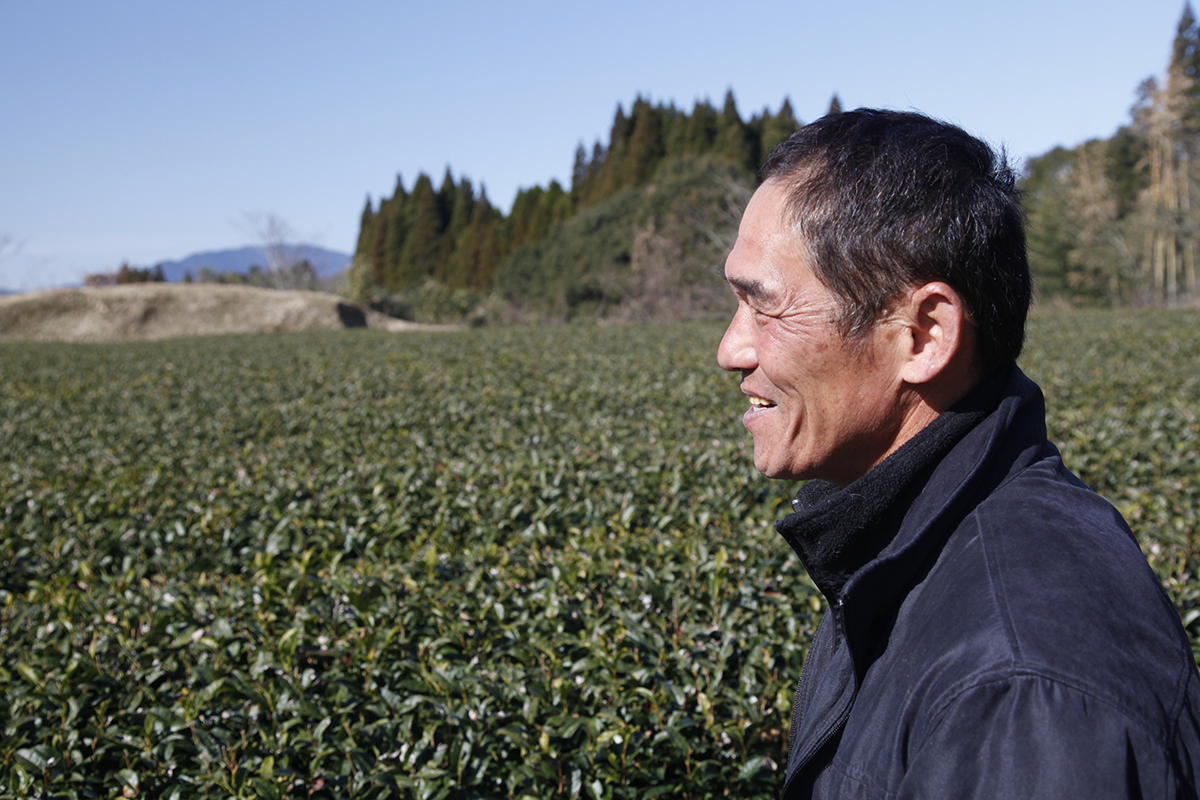 I’d like to introduce you to Mr Kumada. He lives with eight cats and grows tea on seven hectares in the extreme south of Japan, high above the city of Kagoshima, far from anywhere, even the smallest village. Mr Kumada took over from his father, who was also a farmer. But he only grows tea, unlike his father who also grew tobacco, and raised cows, pigs and silkworms. When I asked him what he’d like me to talk about on my blog, Mr Kumada immediately replied that he was proud of his farming methods, and of the organic certification he has obtained. He wants to keep the environment in the best possible condition; he is responsible for it, he says.

Mr Kumada produces green teas, of course, but also a black tea, which I’ve just chosen. It’s the first time I’ve tasted such a good black tea from Japan, an interesting tasting experience. Mr Kumada’s very likeable personality does play a part in my choice: I taste all teas blind, but it increases the pleasure I take in being able to promote his excellent tea.

Wen Rong Tian has had two lives: the first as a physical education teacher; the second, which began 27 years ago, as a tea producer. From the first he has…

The optimal storage period can vary a great deal from one tea to another. Green teas from Japan and China do not last long, and just a few months after…

Among the plantations worthy of attention recently is Pathivara, in Nepal. Here, I’m with the plantation’s father, the man who started it. In just a few years, he’s succeeded in…