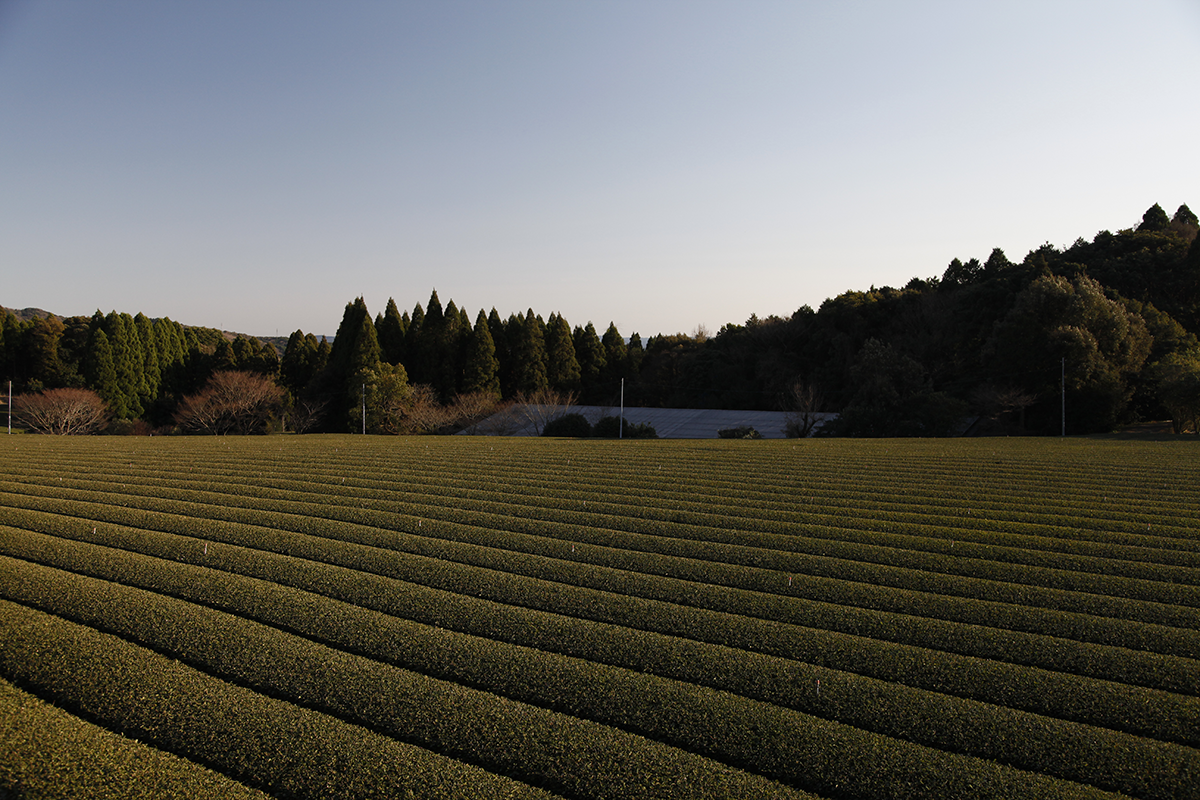 In Japan, harvesting is often done by machine due to the high cost of labour. So instead of picking the leaves every week, as is the practice in some parts of the world, they are harvested three times a year, in spring, summer and autumn. On the island of Kyushu, which is hotter than the islands further north, tea can be harvested four times a year – in April, June, August and October. The most prized harvest is the first one, known here and elsewhere in Japan as Ichibancha.

Tomorrow I’m leaving Japan and this island of Kyushu I love, this city of Kagoshima, this region of volcanoes, some of the most active on the archipelago. I’m leaving these…

These days I was nearby Shizuoka, the main tea producing region of Japan. I took this picture in Tawaramine, a highly considered place for growing tea. Beyond the harmonious curve…

Since the start of May, I’ve been tasting and choosing the best teas of the season from Japan. They’re called Ichibanchas because they’re the first to be harvested in the…

In the far south of Japan, the tea fields’ proximity to active volcanoes means the leaves have to be treated in a special way. Several times a year, the volcanoes…