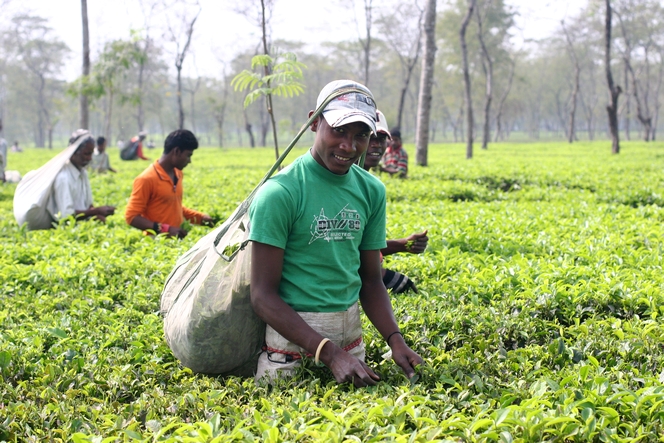 In the Dooars region of India, tea is often harvested by the people known as the Adivasis. Often despised by other Indians because they are right at the bottom of the social ladder, they benefit from positive discrimination, along with the lower castes. They don’t get much attention, which is another reason to talk about them here.

The Adivasis are one of India’s biggest tribal populations. They descend from the aborigines and live in the north-east of the country.

I took this photo at Meenglas, near Mal Bazaar, a few kilometres from the border with Bhutan. The Dooars region doesn’t produce very good quality tea, but that’s not important here. It was the smiling faces of these workers that I wanted to tell you about, not the rather coarse leaves filling their bags.

I’m on my way to Dharamsala, Palampur and Baijnath, three towns in Himachal Pradesh (India). I haven’t visited this tea-producing region, near Kashmir, for 12 years. The plantations in this…

As I was mentioning it in a previous post, tea requires delicate care. Tea plants appreciate a bit of shade, especially if the sun is strong. In the hottest regions, trees…

When you think of Southern India, you think of colourful temples, ancient spice trading posts, beaches lined with palm trees, boats gliding along complex networks of canals and backwaters, and…

The tea plant doesn’t like a very dry climate or very strong sunshine. That’s why you often find tea growing in misty landscapes. In a few minutes the weather changes,…