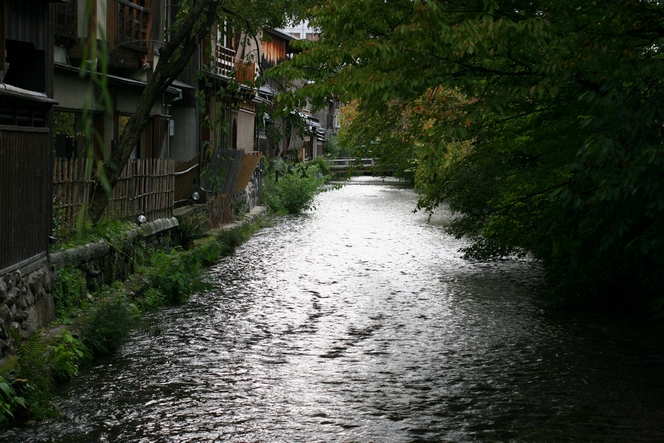 This image of a stream gently winding its way between the ancient wooden houses of Kyoto’s old town haunts me as I think of all the victims of the terrible earthquake.

The contrast – particularly strong in Japan – between the tranquillity of nature and an earth capable of rising up and swallowing so many lives, reminds us of the fragility of our existence.

Of course, I am thinking of all my friends over there, of the people who work for Le Palais des Thés in Tokyo, of our suppliers, and particularly of those in the prefecture of Iwate, north of Sendai, which has been so badly affected.

I often travel in the Himalayan region, I’m very fond of those mountains and the people who live there. I have great affection for the Nepalese. I have many friends…

For many people who work with tea, it is not an industry like any other. There can be a lot of love in tea. A lot of generosity and humanity….

Behind each “grand cru”, each tea, there is work, there are people. My work, as I see it, is not limited to tracking down the best teas in the world,…

It’s exactly 30 years ago this month that my life changed. Nothing had previously marked me out for a life in the tea trade. Palais des Thés opened its first…