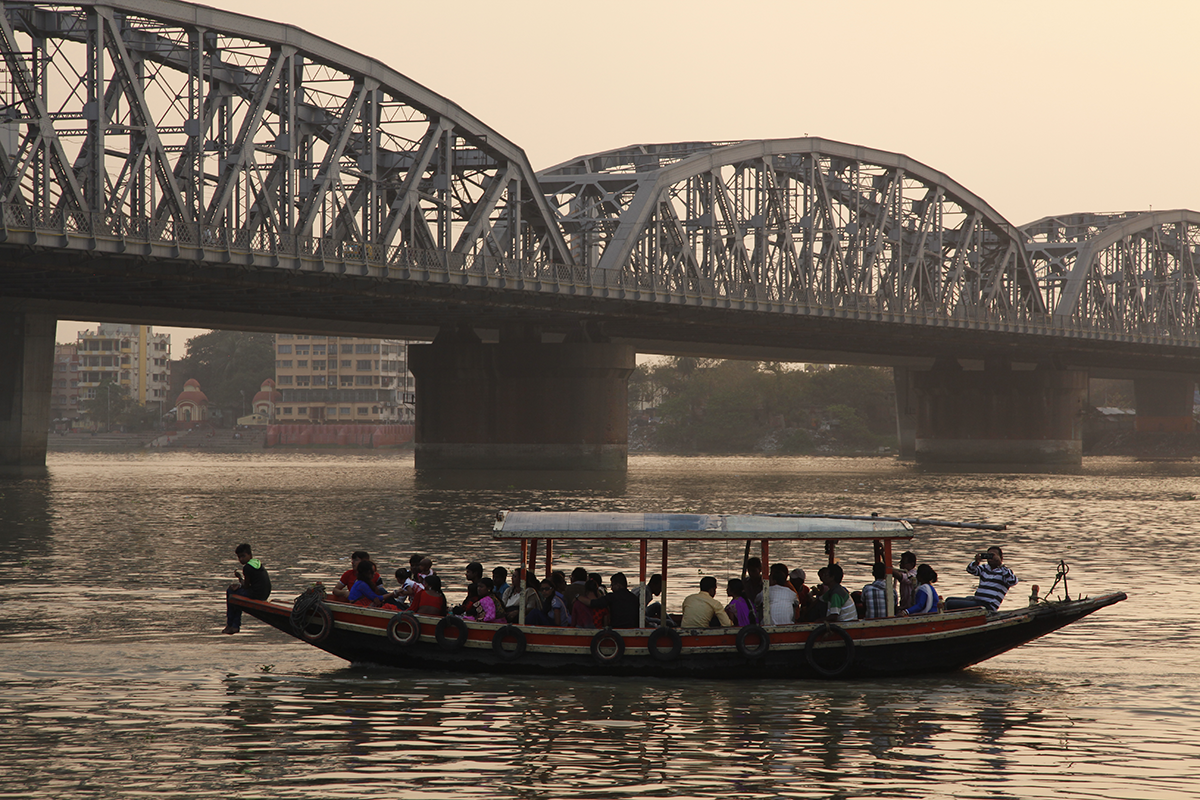 Kolkata, formerly Calcutta, is known as the “city of joy”, but it’s also the city of tea. All the producers of Darjeeling and Assam teas have their office there. Auctions take place in the historical district of BBD Bagh, supplying the lifeblood of a whole economy. And the precious cargoes of tea are dispatched from the city’s port.

Kolkata, a sprawling city of ten, fifteen, even twenty million inhabitants – who knows? – extends outwards from the banks of the Hooghly River, a tributary of the Ganges. Its public transport system includes many boats which offer a peaceful crossing, away from the busy traffic.

The City of Joy is also the city of tea. All the tea produced in Assam and Darjeeling is shipped from the port of Kolkata (also known as Calcutta), and…

This is a rather idyllic view of Darjeeling: a charming town with plenty of green space, spread out among the tea plantations in the Himalayan foothills. The reality is more…

I’m writing this in Kolkata, a city I love, and which deserves its nickname, City of Joy. The former Calcutta is also a city of tea. Most plantations in Darjeeling…

Walking through the streets of Hong Kong is an olfactory journey. In this city where street food is sold on every corner, the many stalls – there’s one every ten…