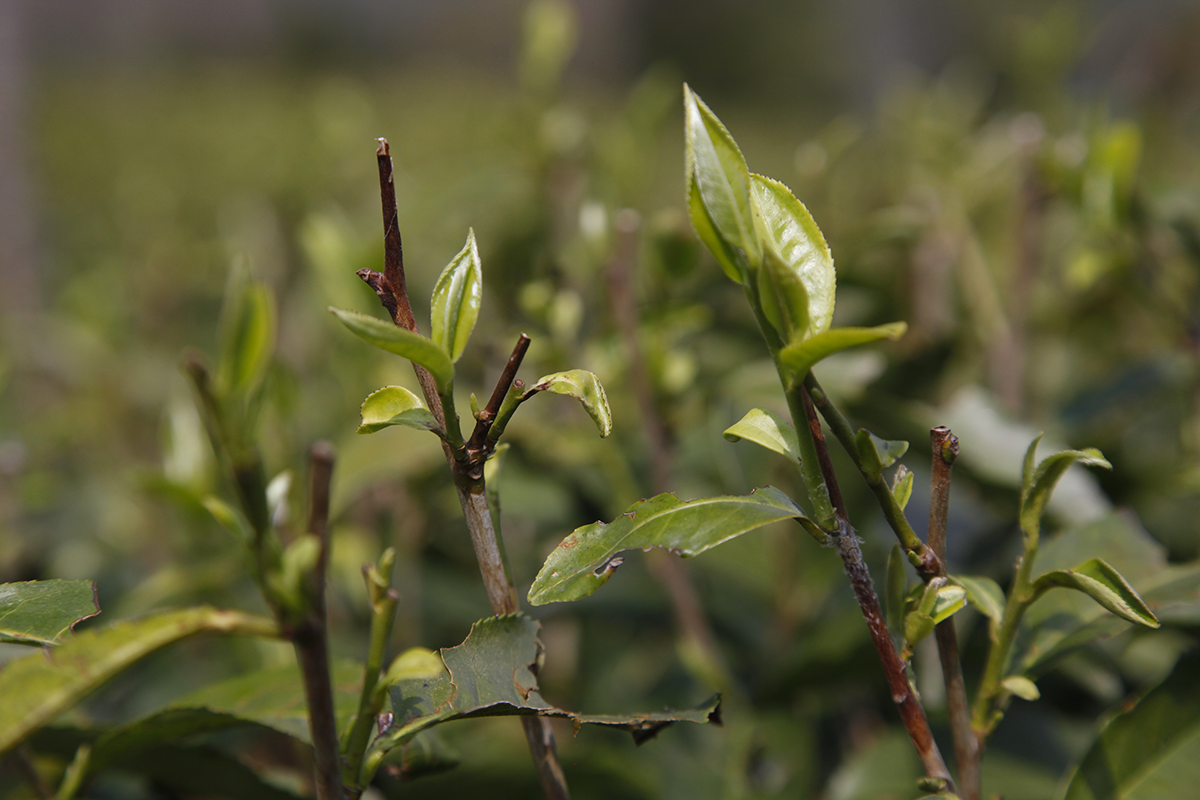 In Darjeeling, the years go by, and each one is different. In a little over 30 years, I’ve never known anything like the current situation. To remind you, a strike lasting 105 days prevented any work from taking place on the region’s 87 plantations between June and October. When the separatists finally removed the blockades, it was time for Durga Puja – the local version of Christmas. After the plantations had been abandoned for months, the workers then had to set about taming the jungle. The problem was that some of them had fled the conflict to find work in the valleys. And that’s where we are now: the tea plants were pruned very late – some at the end of December – which means that we’re still waiting for the Darjeeling spring harvest. On Wednesday 14 March, a few rare and timid shoots appeared on the tea plants (photo). Of course, so-called first-flush Darjeelings have been on the market for more than a month: that’s the magic of spring Darjeelings, they’re being sold before they’ve even been harvested. This is because some low-altitude plantations, which benefit from a warm climate and irrigation systems, can produce small quantities of tea during the winter. They falsely call them spring teas. Which is sad, as they are nothing like the leaves harvested from the plants in which the sap rises slowly, and which produce the unique tea that has made Darjeeling famous.

Because I visit the production regions regularly I am able to stay abreast of changes that take place on the plantations. I’ll give you an example: today, a garden like…

All tea plants are members of the Camellia Sinensis species, but there are a great many cultivars, each with their own unique characteristics and qualities. Some are more resistant to…