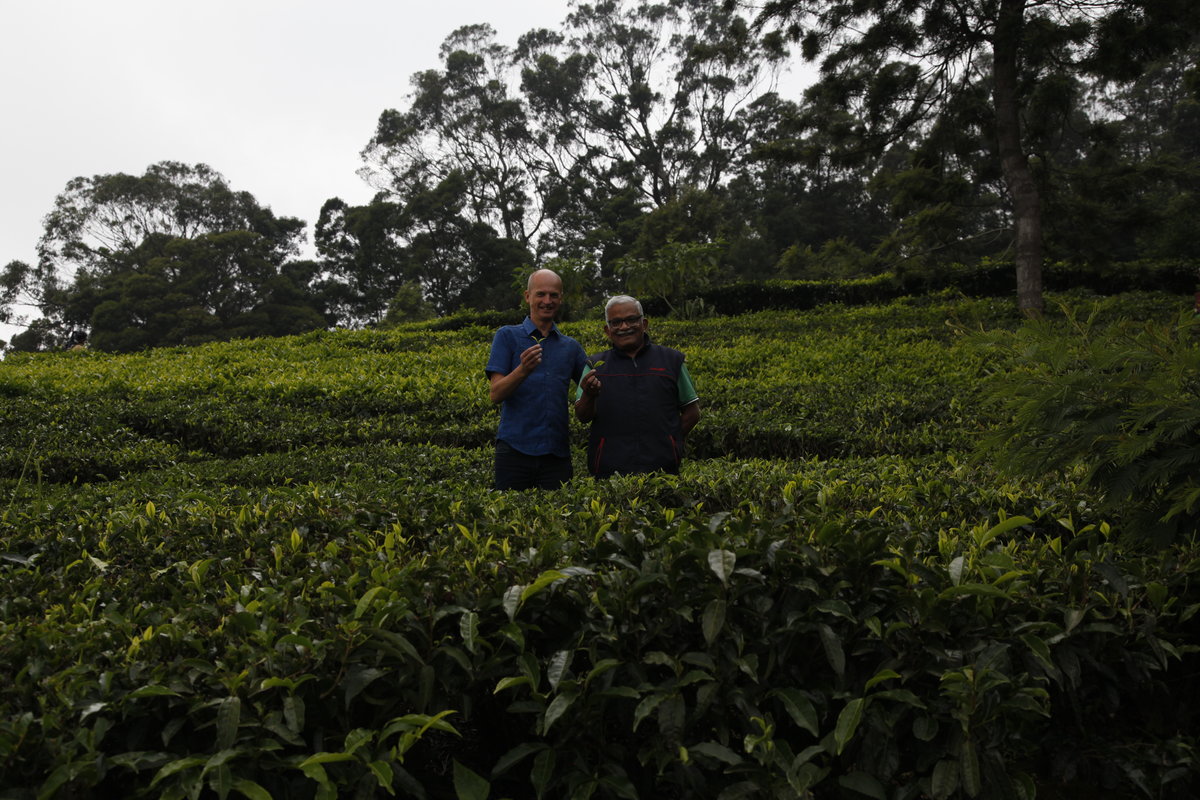 I’ve known Anil for more than 10 years. Back then, he was running a beautiful tea plantation, Thaishola, in southern India. I visited him there several times, and he taught me a great deal. He made high-quality teas in the Nilgiri Mountains. Then he became an auditor for organisations that certify tea produced using methods which respect the planet and its people. His efforts were admirable. And now, thanks to his immense experience, he advises tea plantations. Recently, I visited him with a team from Palais des Thés. He was so attentive to us, and went to great lengths to arrange meetings with people he considers to be the best producers in the region. We pestered him with questions from morning till night. He also let us stay in this incredible Ootacamund Club, where we were transported 200 years back in time to the reign of Queen Victoria. He dedicated all his time to us, and never tired of our thirst for knowledge about tea. He was generous with every remark and explanation. Thank you Anil!

A few days ago I was shocked to hear of the brutal death of Seewan. Seewan was my driver for nearly 10 years. Every time I went to Darjeeling he…

Time passes, and I forget birthdays. My blog is one year old, and I would like to celebrate with you, of course, but also with Mathias, who shares my passion…

I’ve just got back from Darjeeling. Every year I invite store managers to visit the plantations with me. I remember the beginnings of Palais des Thés. I spent the first…

Tea needs infusing for a specific length of time, and this can vary a great deal from one fine tea to another. A Japanese Gyokuro, for example, only needs infusing…