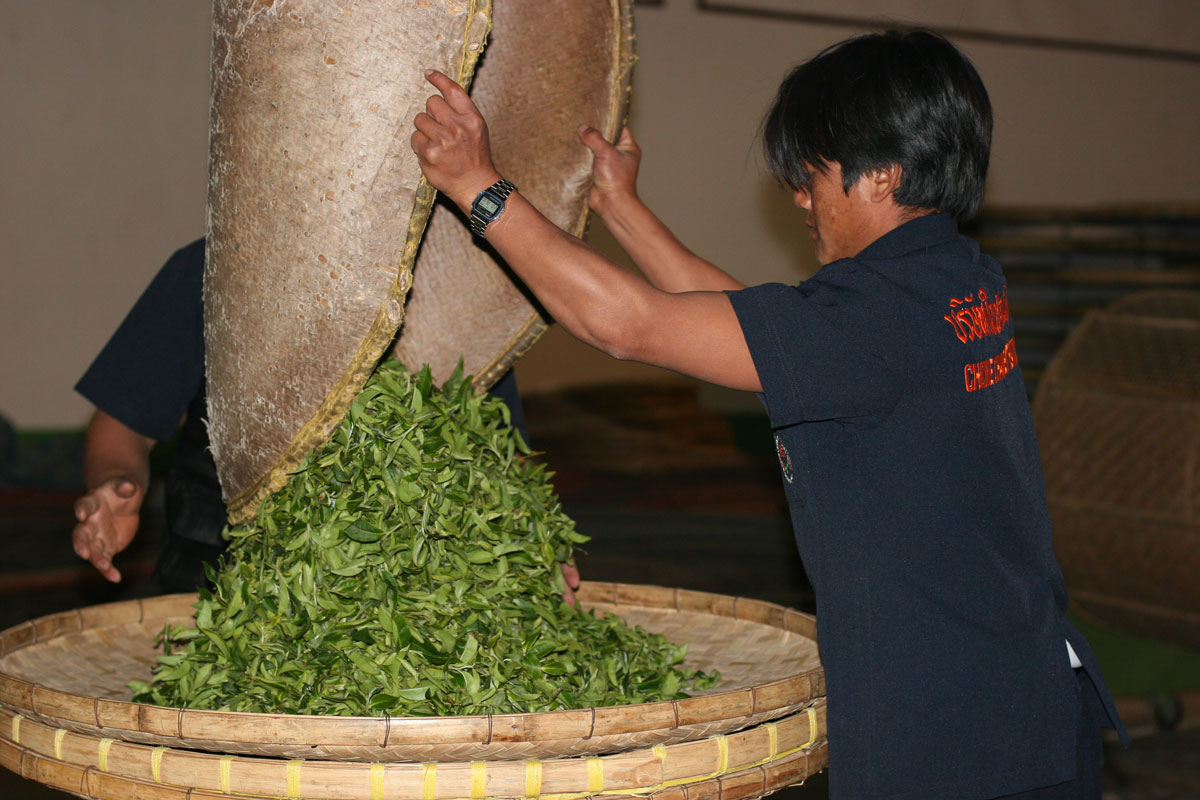 A few weeks ago I came across a Jade Oolong from Thailand which I loved. It gives me the opportunity to tell you a bit about the village of Mae Salong in northern Thailand, and about its Chinese population and its unique and troubled history. During the 1950s, routed out by Mao Zedong, the nationalists of Kuomintang retreated to the island of Taiwan, apart from a few regiments based in Yunnan, who chose to organise their resistance from Burma (now Myanmar), aided by the CIA. Ten years later, tired of this threat on its border, China got Burma to chase out these regiments. Some soldiers decided to base themselves in Taiwan, others in Laos, and some in Mae Salong, just on the other side of the border, between Burma and Thailand. In the 1980s, Mae Salong’s Chinese people gave up the idea of returning to China one day, and following the eradication of poppy farming, switched to growing tea. Having brought their methods and expertise from Taiwan, as well the young plants, this is why we now find in the mountains of the Golden Triangle these delicious Oolongs, which have similarities with some Taiwanese Oolongs.

When you prepare a cup of tea, you may find yourself wanting to know more about it. What sort of landscape did it grow in? Who are the people that…

In the world of tea, Mrs Ming is very unusual. There are very few woman in charge of a tea plantation. Not only does Mrs Ming produce some incredible Oolongs,…

Many ethnic groups live alongside one another in the province of Yunnan (China). The Hans are there of course, as is the case across China, but at least 20 minority…