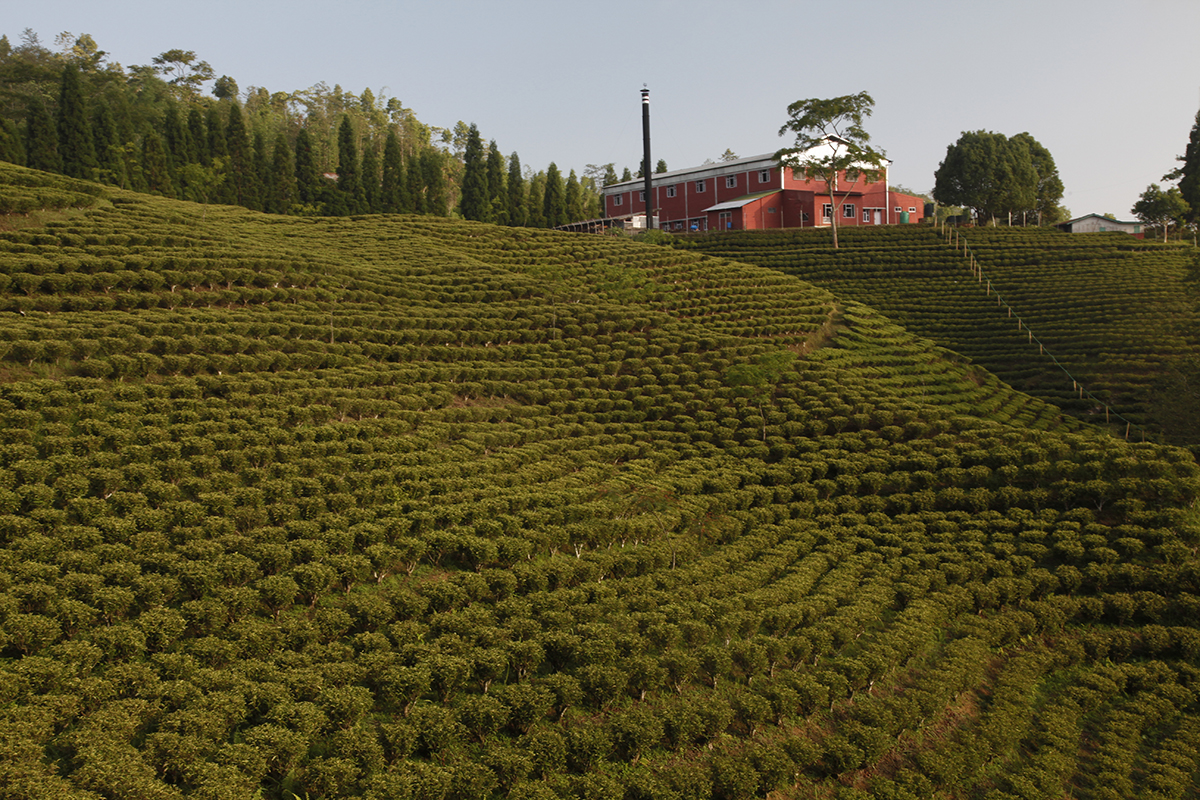 Some tea plantations have rather ordinary origins, and the Kuwapani plantation is one of them. A few years ago there was a rundown angora rabbit farm in Kuwapani that was only just limping along. I’m talking about the farm but I’m sure the same could have been said for the poor rabbits, bred for their fur alone. The owner saw a tea plantation being established on the hill opposite, followed by another. He observed the harvesting and processing of the leaves. He developed a taste for what his neighbours, Jun Chiyabari and Guranse, produced, and he witnessed their growing success. Then, one day, he decided to change his business, radically. He opened up the hutches, installed machines in his main building to process the tea leaves (rollers, dryers and so on), planted his land with tea, recruited an experienced, talented man to oversee the work, and a few years later the Kuwapani plantation had made its name in the world of tea. I heard this story while I was staying at Kuwapani and asked the owner about an object that had been intriguing me. On the mantelpiece in the living room sits a magnificent porcelain rabbit.

A tea plantation, a farm that produces tea, is a whole world in itself. Wherever tea is grown, wherever it’s processed, there’s both an agricultural aspect and a human aspect….

The biggest tea plantation in Malaysia is a two-hour drive north of Kuala Lumpur, in the Cameron Highlands. Caroline Russell, the current owner, is a direct descendant of Dutch colonists….

When you taste tea, the first thing you do is look at the dry tea leaf, of course. Then you bring the liquor to your lips and analyse the flavours,…

The plantations in the valley of Hile, in Nepal, were established recently. The oldest garden among Kuwapani, Guranse and Jun Chiyabari was created not much more than ten years ago….