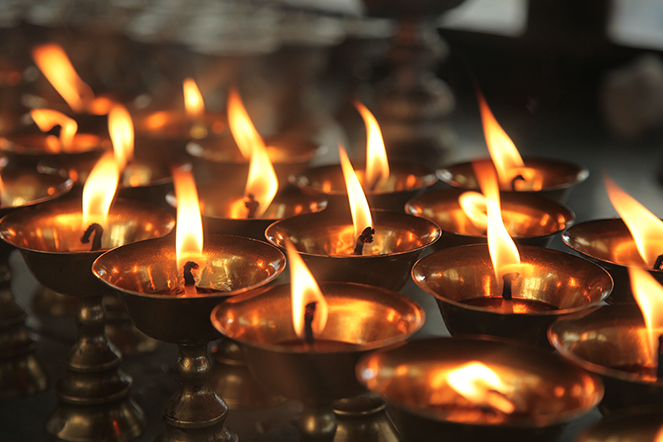 Last week I talked about how badly people are treating this planet. Instead of admiring it, they want to possess it. They see it as their property. They persecute it until its resources run dry; they pollute and destroy it, with no consideration for future generations. A few hours later, in central Paris, people were massacring their fellow humans.

Now it is my turn to light a candle, close my eyes and reflect on this human disaster. And not just this one. There are other disasters we never talk about. They affect us less because they are far away. Yet they affect as many people: our brothers and sisters, ourselves.

When someone asked him about the attacks in Paris and the prayforparis hashtag, the Dalai Lama said he did not understand how we can ask the divine to solve problems we have brought upon ourselves. It is not logical, he said. It is up to humans to solve problems caused by humans.

So when will we start showing some humanity? Some kindness? A desire for harmony?

I feel sad today. A guy, a political leader to be a little bit more precise, has been assassinated in Darjeeling. In facts, violence has been raging in Darjeeling for…

Most countries of the world have met in Paris to try to find a solution to the ecological catastrophe threatening us. First, we need to remind ourselves that we are…

To accompany my New Year’s greetings to you, I’ve chosen this photo of a bridge. I love bridges, great and small. I love anything that spans a chasm and connects…