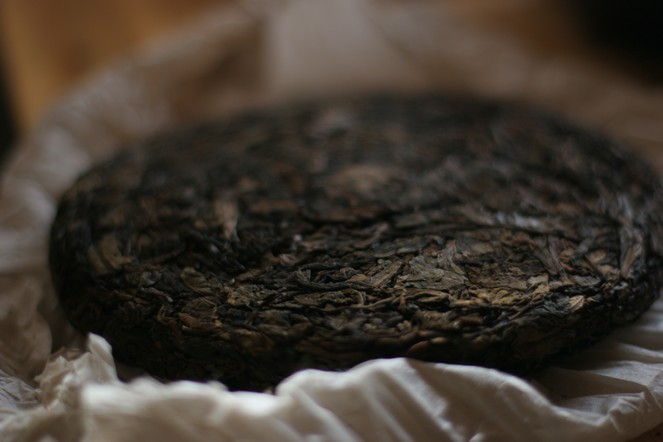 2007 saw the start of a spectacular craze for pu er in China. In the space of a few weeks, this previously barely-known tea became the subject of frenzied speculation, and it took two or three years before prices came down again. Now it seems this same phenomenon is about to be repeated. Once again, the Chinese are queuing up to buy cakes of this tea, which is said to improve with age. As before, the cause is speculation. At the Canton Tea Fair, which has just taken place, we saw pu er cakes selling for over €1,000 each.

Are the Chinese right to call Pu Erh the “fat-eating tea” because it apparently aids weight loss and lowers cholesterol? I have no idea, and have to say that I…

I know that your main objective at the moment is to wrap your purchases so they are ready to go under the Christmas tree in a few days’ time. Well,…