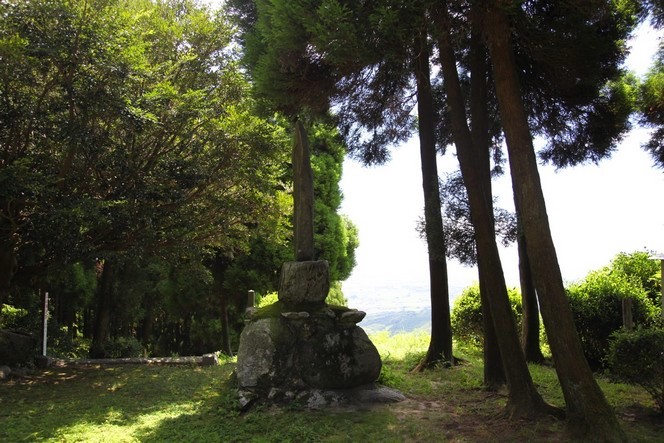 This stele may look unprepossessing, but for fans of Japanese teas it is worth a detour. The stone bears an inscription stating that it was in this place that the monk Eisai, who came from Long Jing in China, planted tea seeds he had brought with him. As for the rest, you can see the outlines of some Camellia Sinensis trees on the right. At the moment I’m on the island of Kyushu, near the city of Saga, where the story of Japanese tea began.

I should also mention that there are a few other similar stelae on the same mountain, bearing roughly the same inscription.

It is worth visiting Japan’s first tea gardens. These ones were planted on the island of Kyushu, apparently around the 17th century. They are very small gardens, situated on the…

Tomorrow I’m leaving Japan and this island of Kyushu I love, this city of Kagoshima, this region of volcanoes, some of the most active on the archipelago. I’m leaving these…