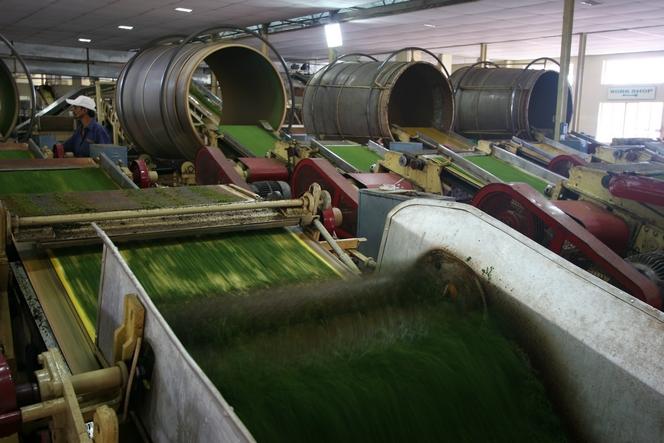 Assam tea plantations are unusual in that they produce “orthodox” tea, processed according to the traditional method, but they also produce “CTC” tea, which stands for “cut, turn, curl”. CTC tea has none of the qualities of a fine tea. It is produced by machines, which I have photographed for you. This tea doesn’t interest me much, and for good reason: one of its uses in the tea bag industry is to bring colour quickly to the cup and express strength.

Nonetheless, the process of making CTC tea is interesting: as it passes through the various machines, the leaf gradually gets smaller and smaller until it is just a tiny round ball.

In Darjeeling and Nepal, you cannot trust the name of a garden blindly. Of course, plantations such as Turzum, Singbulli, Puttabong, Thurbo, Margaret’s Hope and Castleton have a much higher…

You can tell when the tea leaves are ready for harvesting by the colour of the bushes. When the tea plants take on this yellow-green shade it means the new…